The poisoned cue and its implications for teaching and social interactions.

A recording of an webinar with Jesús Rosales-Ruiz

However, little is known experimentally about discriminative stimuli established with both reinforcing as well as aversive events. It has been reported that the interaction between reinforcing and aversive events makes the discriminative function somewhat different from other discriminative stimuli (see Hearst & Sidman, 1961). Karen Pryor (2002) called this phenomenon the Poisoned Cue. She suggested that a cue, or SD, that is established using both reinforcing and aversive events leads to the breakdown of the behavior both preceding and following the cue. This may be due to an increase in avoidance behaviors and the uncertainty that exists regarding the consequence that will follow.

The Poisoned Cue phenomenon is important because it reflects the majority of teaching situations in the real world. SDs in the real world are rarely taught with purely positive reinforcement or purely aversive consequences.

This presentation shows an experimental analysis of the Poisoned Cue, and techniques to identify situations that might involve Poisoned Cues. It also discusses ways to overcome these cues. 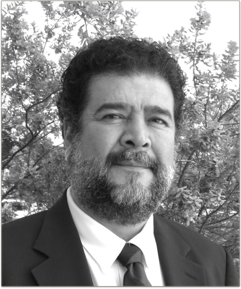 Jesús Rosales-Ruiz is an associate professor in the Department of Behavior Analysis at the University of North Texas. He obtained his Ph.D. from the University of Kansas in 1995, under the mentorship of two pioneers in the field of behavior analysis, Donald M. Baer and Ogden R. Lindsley.

Jesús is one of the few scientists in the world studying animal training from both the theoretical and applied perspectives. He, along with his students, has greatly contributed to the understanding of the science and practice of animal training. Jesús also studies the antecedent control of behavior, generalization, behavioral cusps, fluency-based teaching, treatment of autism, teaching of academic behavior, rule-governed behavior and contingency-shaped behavior.

He has served on several editorial boards, including the Journal of Precision Teaching, the European Journal of Behavior Analysis, and the International Journal of Psychology and Psychological Therapy.

He has also served as a reviewer for the Journal of Applied Behavior Analysis, the Journal of Neuroscience Methods, Behavioral Processes, and PLOS ONE.

Jesús is a fellow of the Eastern Psychological Association, a trustee of the Cambridge Center for Behavioral Studies and a member of the Association for Behavior Analysis International.

(If you are a member of Hund i Fokus' member portal, access to the webinar is included in the membership. )

For questions, please email me:  nina@hundifokus.no